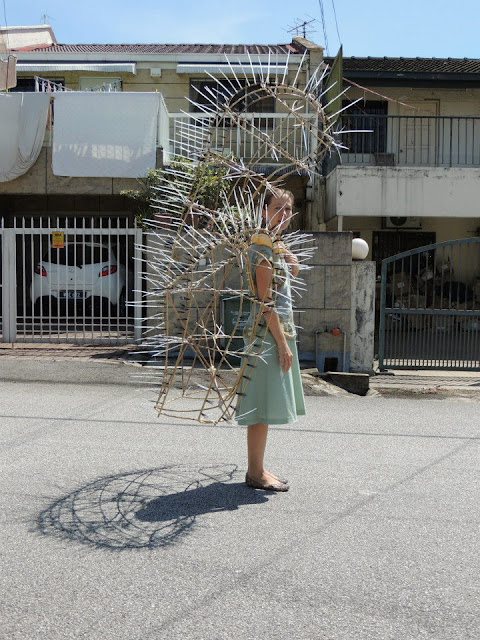 During my stay in Malaysia in the winter 2012/2013, I was invited to take part in the exhibition "KL Triennial: Barricade" which dealt with the current political climate and the new protest culture of the country.
I decided to use rattan to build a "personal barricade": an armor piece to be worn at the rallies and to keep the police at a distance. The rattan structure was laced with small bunches of pig bristles, thus making the piece "non-halal". As the majority of the police in Malaysia are Muslim, they can not touch it.
I came up with this idea after I noticed they had clearly marked halal and non-halal brushes in the art supply- and hardware stores. The entire "halal" concept is very strange to me, especially when extended this far. To me it resembles magic - it's like somebody cast a spell on it. In fact, for my piece it worked like a charm. People were literally recoiling from it as soon as they understood. It was as if the work was emanating a "force field".
Content aside, the piece was visually distinctly within my aesthetic field. The use of the pig bristles was clearly related to the installation of artificial eye lashes I showed as part of my exhibition ”Bakemono“ at fruehsorge contemporary drawings in 2012. Both 3D-works are  based on my "hairy" drawings. 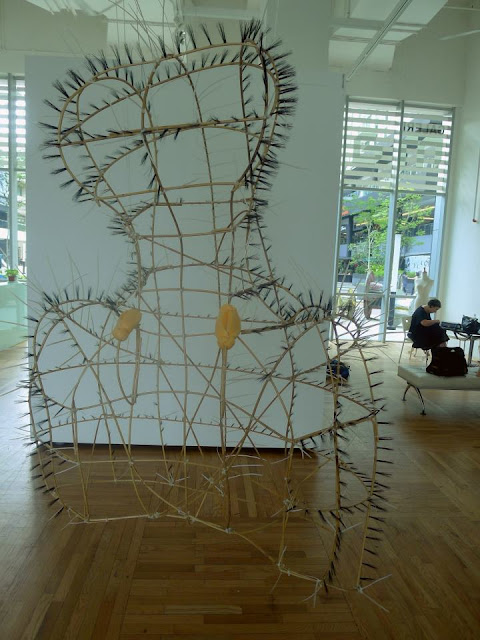 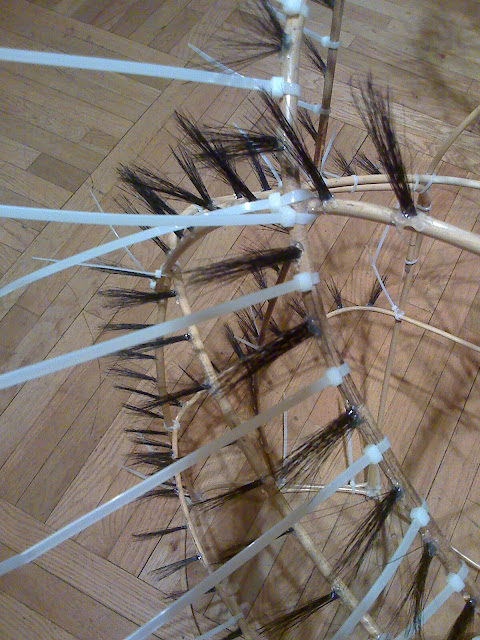 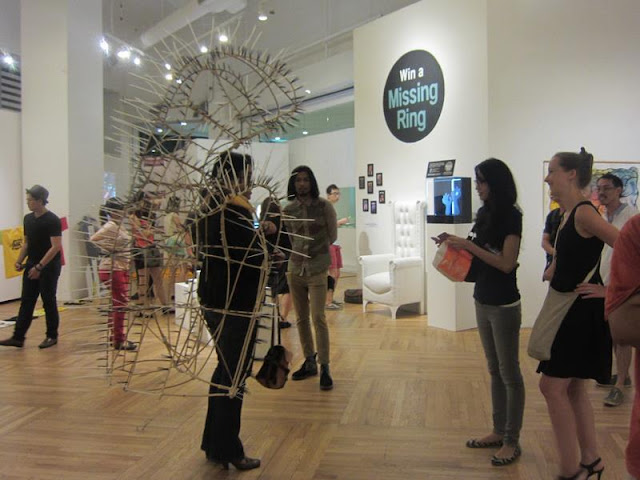