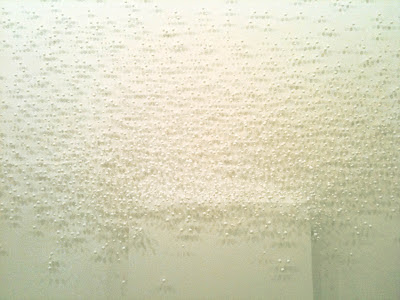 When I went to South Korea for a 3 months residency at the Young Eun Museum of Contemporary Art in 2011, I happened to arrive there at the beginning of the monsoon season. It was the strongest for 100 years, so for about a month the air humidity was over the top and literally everything began to grow mould. I was torn between disgust and fascination - as I am allergic to mould I should keep my distance, but the texture, the colors and the growing structures are just too interesting. Influenced by theses impressions I ended up doing my first wall installation: a quasi-organic structure made of small styrofoam balls and silk pins, mushrooming over a wall. The Kompangi Piece (kompangi = Korean for mould). 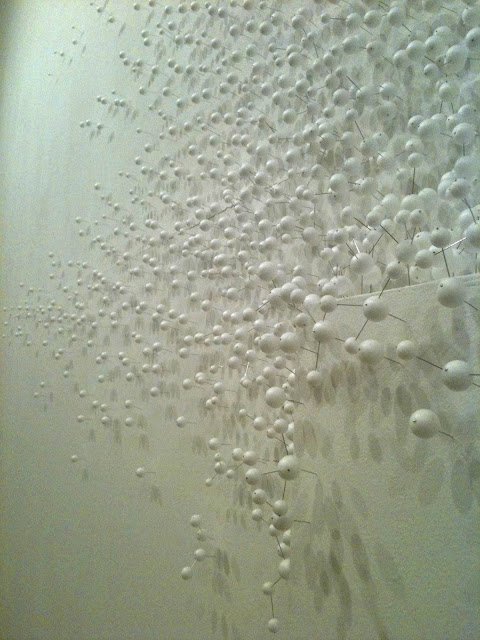 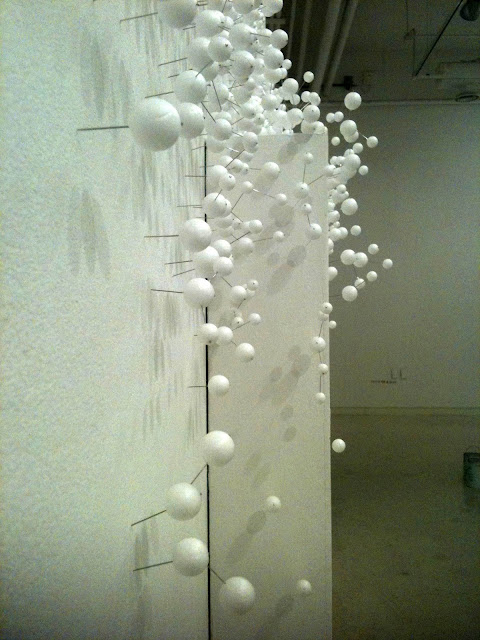 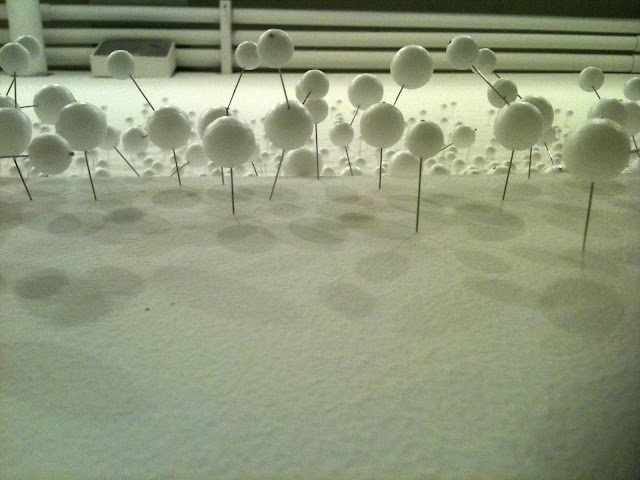 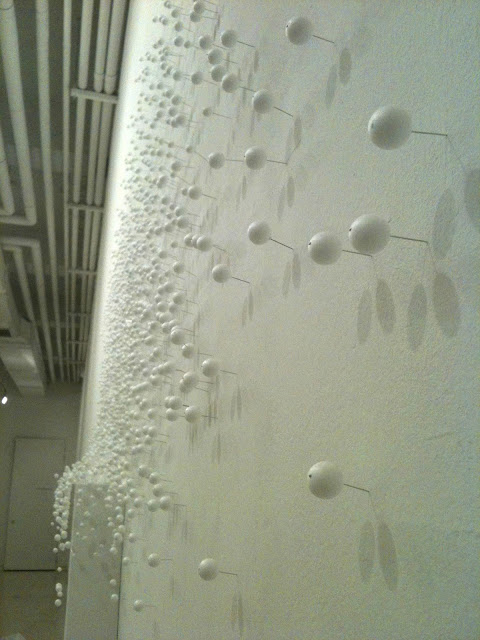 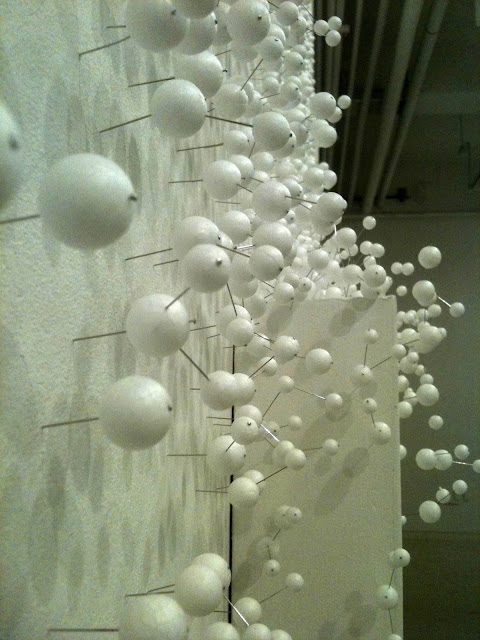 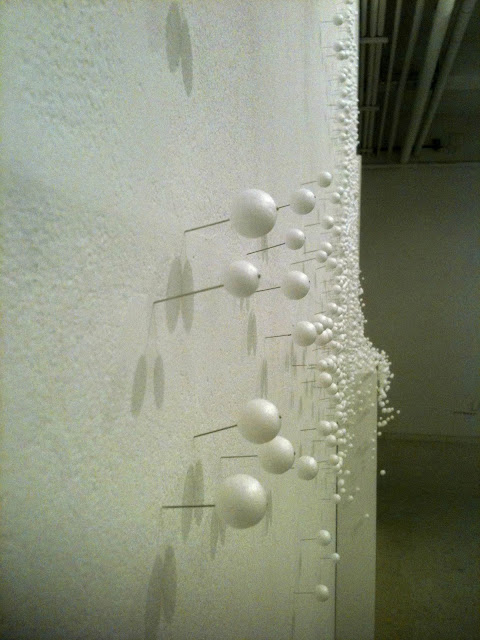